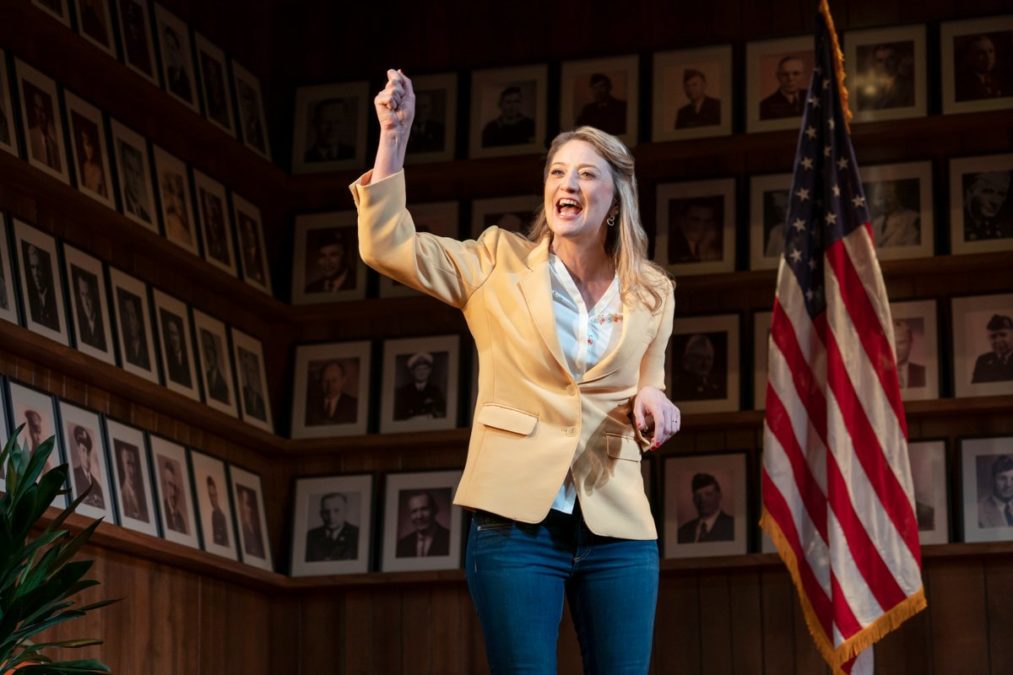 Heidi Schreck’s What the Constitution Means to Me to Launch a U.S. Tour in 2020

Heidi Schreck’s Tony Award-nominated Best Play and Pulitzer Prize finalist What the Constitution Means to Me will embark on a national tour in January 2020, beginning at the Mark Taper Forum in Los Angeles. The tour will play 40 weeks in 22 cities including Charlotte, Hartford, Philadelphia and Pittsburgh, with more to be announced. All venues, dates and casting for the tour will be announced at a later date.

The U.S. tour of What the Constitution Means to Me will mark the first time the play will be presented with a new performer in the leading role. With casting already underway, Schreck and director Oliver Butler will work closely to interpolate new cast members into the play in a unique and exciting way that matches the play’s blend of the personal and the universal.

“When I set out to adapt my personal history with the Constitution into a play, I could never have anticipated how widely it would resonate with audiences,” said Schreck, in a statement. “I’ve been deeply moved by the stories audience members have shared with me in reaction to the play, so it’s an honor to have the opportunity to share the piece with audiences nationwide. I’m especially excited to work with Oliver to invite a new performer into the leading role, which open up its perspective further and allow it to remain a vital, living piece of theater.”

Fifteen-year-old Heidi Schreck earned her college tuition by winning Constitutional debate competitions across the United States. In her boundary-breaking new play, Schreck resurrects her teenage self in order to trace the profound relationship between four generations of women in her family and the founding document that shaped their lives. This theatrical exploration breathes new life into our Constitution and imagines how it might impact the lives of future generations.

What the Constitution Means to Me became a sensation off-Broadway at New York Theatre Workshop in fall 2018 before transferring to Broadway in spring 2019 and receiving two Tony Award nominations (Best Play, Best Actress in Leading Role in a Play). It was also named a Pulitzer Prize Finalist for Drama, received the New York Drama Critics’ Circle Award for Best American Play and the Obie Award for Best New American Play.

Initially announced for a 12-week engagement through June 9 on Broadway, What the Constitution Means to Me has been extended twice and will now play through August 24 at the Helen Hayes Theater.