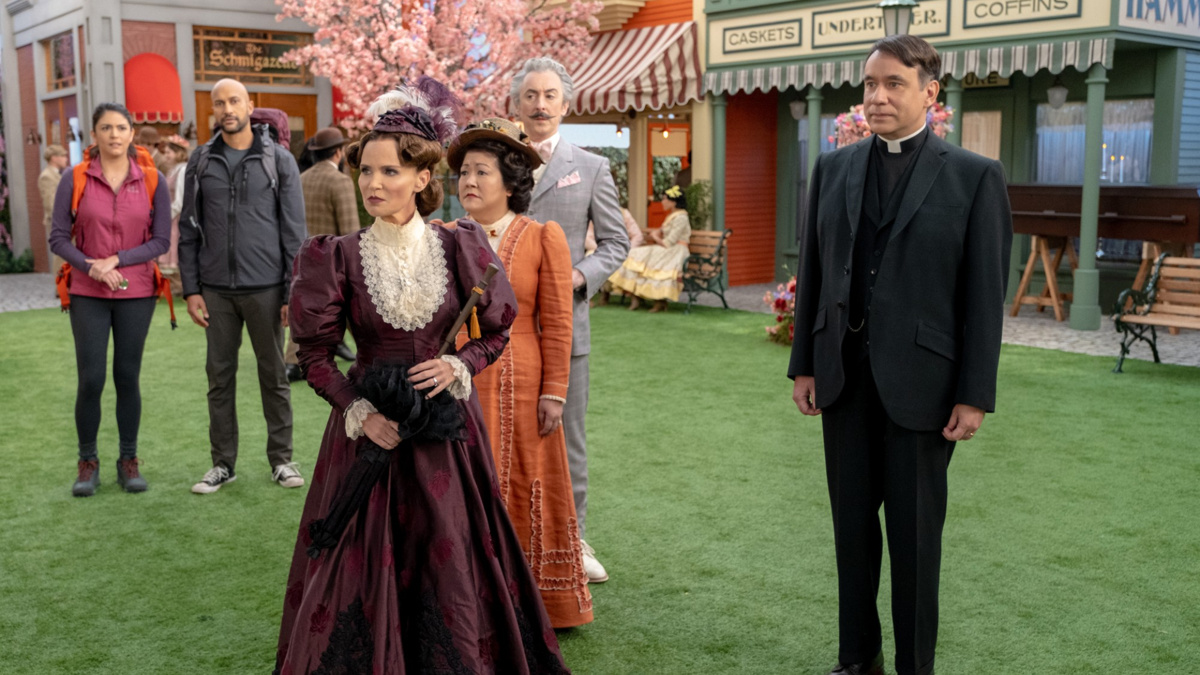 It's good to see her, isn't it! The newest episode of Broadway Profiles features a catch-up with Tony winner Kristin Chenoweth. Broadway.com Editor-in-Chief Paul Wontorek spoke with her about filming Apple TV+'s musical comedy Schmigadoon! during the pandemic. "[It was like] water in a desert," she told Wontorek. She spoke about filming the 18-page musical number "Tribulation" for the show. "It was such a challenge. All I did during quarantine was learn that song," she said. "You've got to do Schmigadoon! with people who can do it and do it quickly."

Watch the video below, and head here to check your local listings for Broadway Profiles. Hosted by Emmy-winning anchor Tamsen Fadal and powered by Broadway.com, it is the only nationally syndicated weekly theater news program.