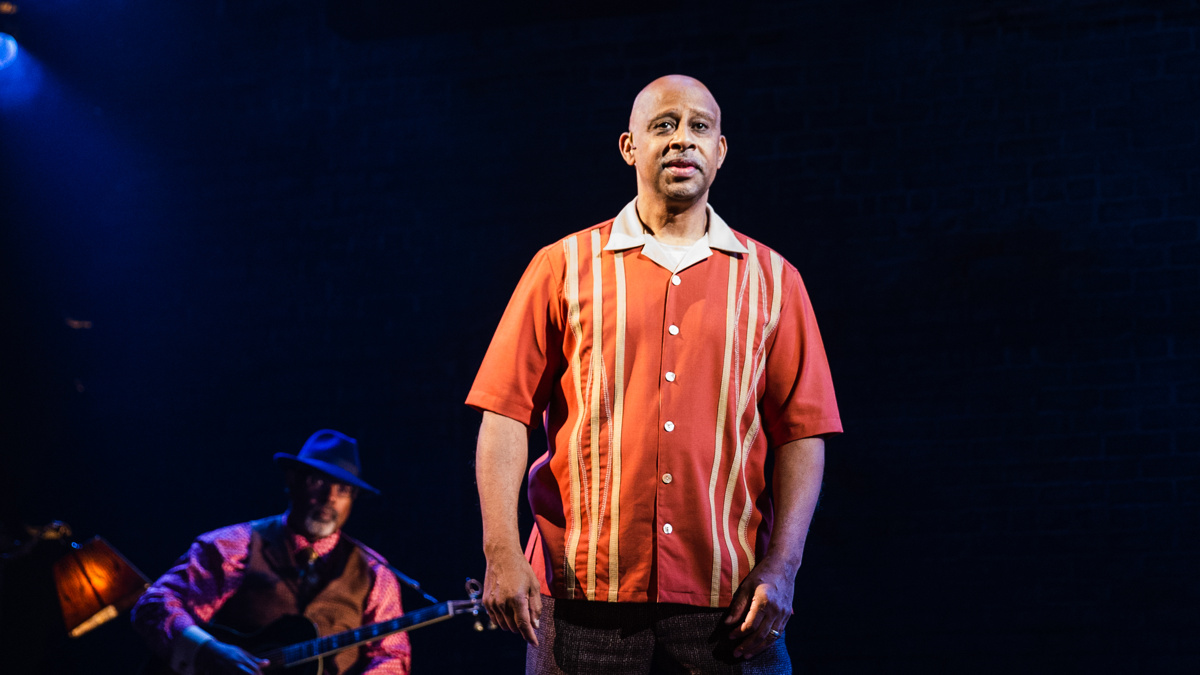 Ruben Santiago-Hudson started previews for his solo show Lackawanna Blues on September 14, a historical night for Broadway as his play, Hamilton, Wicked, The Lion King and Chicago all resumed performances following the shutdown caused by COVID-19. An already deeply personal production, Santiago-Hudson revealed to Broadway.com Editor-in-Chief Paul Wontorek on The Broadway Show that each performance involves emotional preparation on his part.

“The first thing I’ve got to get over is when I hear the people on my monitor coming into the theater. Now, once that crying is over, once I’ve finished those tears, I say my prayers before I go on stage and call on my ancestors—Lloyd [Richards] and August [Wilson] and Douglas Turner Ward and Nanny and all those people,” he said. “Then, I’ve got to not cry, when the lights come on, when I come on as Nanny, when I look the audience over to say, ‘Welcome.'”

Written, performed and directed by Santiago-Hudson, the production, which officially opens at the Samuel J. Friedman Theatre on October 7, features original music by Bill Sims Jr., performed on stage by Grammy-nominated blues guitarist Junior Mack as Santiago-Hudson embodies more than 20 characters. Set in a 1950s boarding house outside Buffalo, he chronicles the story of Miss Rachel, who opens her doors to anyone and everyone in need of kindness, hope, compassion and care. “[The play] never leaves me. Your life never leaves you. You can change your suit. You can change your attitude. You can’t change your life,” Santiago-Hudson said. “What it is, it is in the beauty and the turmoil and the pathos and the pain.”

Watch the interview below, and head here to check your local listings for The Broadway Show. Hosted by Emmy-winning anchor Tamsen Fadal, it is the only nationally syndicated weekly theater news program.