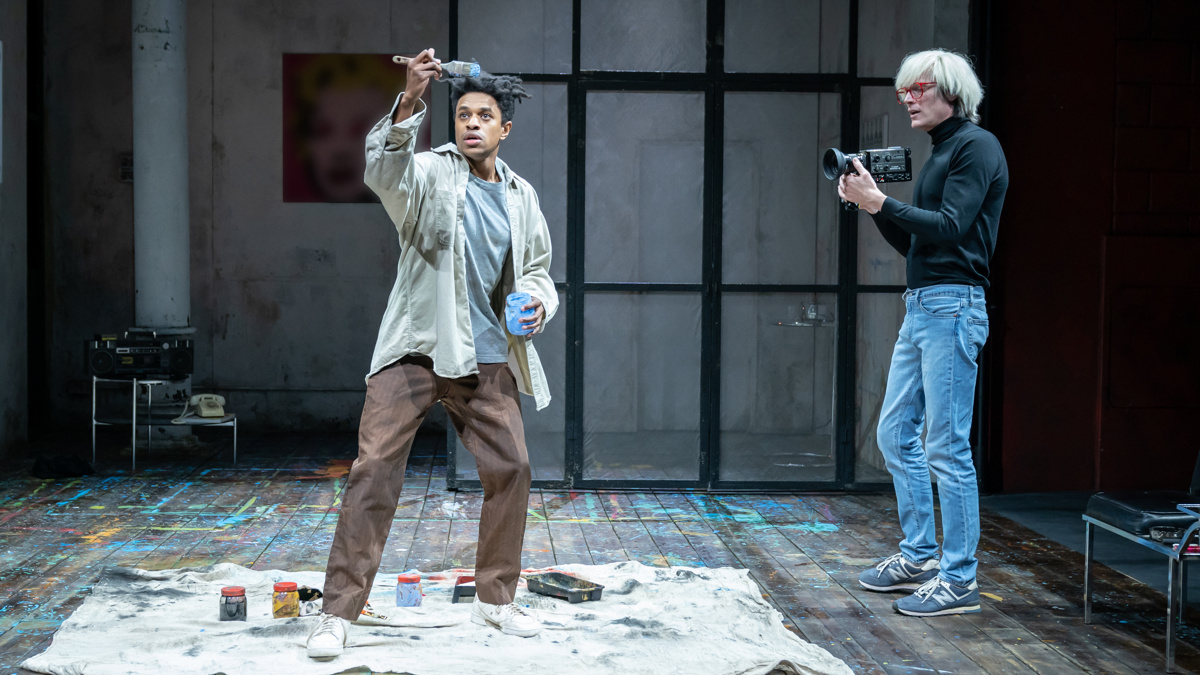 Four-time Oscar-nominated writer Anthony McCarten’s The Collaboration is coming to Broadway. The production,, which had its world premiere at London’s Young Vic Theatre earlier this year, is transferring to Broadway as part of Manhattan Theatre Club’s new season. Directed by Young Vic Artistic Director Kwame Kwei-Armah, it will feature its London stars Paul Bettany and Jeremy Pope. Performances begin at MTC’s Samuel J. Friedman Theatre on November 29 with opening night set for December 20.

McCartan (The Theory of Everything, The Two Popes, book of the Neil Diamond musical A Beautiful Noise) set The Collaboration in the summer of 1984. It is about longtime international superstar Andy Warhol and the art scene’s newest wunderkind, Jean-Michel Basquiat, who agree to work together on what may be the most talked about exhibition in the history of modern art.

Pope is a two-time Tony nominee for his performances in Choir Boy and Ain’t Too Proud. He also received a Theatre World Award for his Broadway debut in Choir Boy. His screen credits include Hollywood, for which he received an Emmy nomination, Pose and the upcoming The Inspection.

Bettany’s many screen credits include his Emmy-nominated performance in WandaVision, the recent A Very British Scandal as well as Captain America: Civil War, The Avengers: Age of Ultron, Avengers: Infinity War, Uncle Frank, Gangster No. 1, A Knight’s Tale, A Beautiful Mind, The Far Side of the World and more. He appeared in the West end in An Inspector Calls and spent a season with the Royal Shakespeare Company. The Collaboration marks Bettany’s Broadway debut.

Additional cast members and the creative team for The Collaboration will be announced at a later date.

Two additional productions for MTC’s 2022-2023 season, including one at the Samuel J. Friedman Theatre on Broadway and one at MTC at New York City Center – Stage I, will be announced soon.