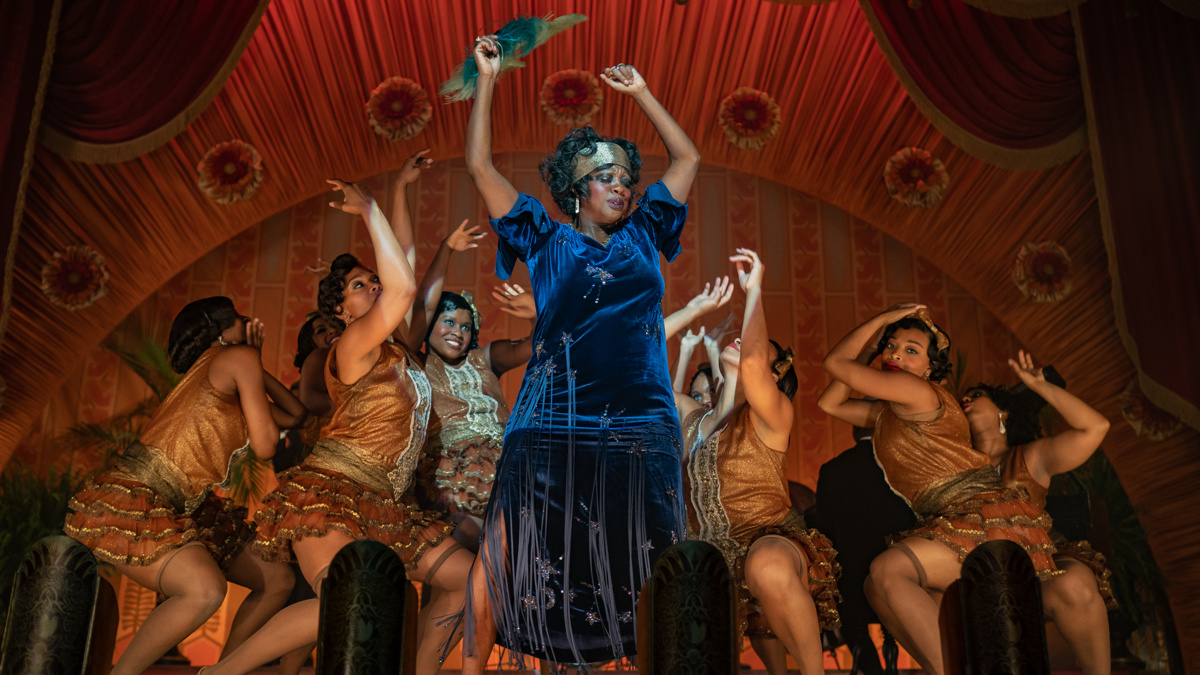 32nd Annual GLAAD Media Award Nominations Revealed
Though there was not an Outstanding Broadway Production category announced this year (Matthew López’s Tony-nominated two-parter The Inheritance took the prize in 2020), the nominations for the 32nd Annual GLAAD Media Awards are full of theater names. Notably, Netflix’s three screen adaptations ofstage plays—Ma Rainey’s Black Bottom, The Prom and The Boys in the Band—received nods. Other nominees of note to Broadway fans include HBO Max’s Equal, Netflix’s Hollywood and stage alums Peppermint and Ricky Martin. Award winners will be announced in a virtual ceremony scheduled for April 2021.

Juan Carlos Copes Dies at Age 89
Tango master Juan Carlos Copes has died at the age of 89. According to The New York Times, he passed away on January 15 due to complications from COVID-19. Born on May 31, 1931 in Buenos Aires, Copes and longtime partner Maria Nieves were a historic dancing duo. They married in 1964, and though their marriage ended in 1973, they continued dancing together for many more years. Copes made his Broadway debut in the revue New Faces of 1962 and received a 1986 Tony nomination for choreographing Tango Argentino, in which he also performed with Nieves. Copes’ dance students included Liza Minnelli and Mikhail Baryshnikov. In 1988, Copes married Myriam Albuernez. He is survived by Albuernez, his daughters Johana and Geraldine and five granddaughters.

Sing The Greatest Showman to Break the #BwayWorldRecord
Interested in setting a Guinness World Record that also serves as a benefit for The Actors Fund? The #BwayWorldRecord Challenge is seeking at least 5,000 participants in an attempt to claim the title of largest online video album of people singing the same song. The track being used is “From Now On” from The Greatest Showman with permission from Benj Pasek, Justin Paul and the Disney Corporation. Those who submit videos are encouraged to donate to The Actors Fund and challenge four friends to participate as well. Broadway stars like Alice Ripley, Jessica Vosk and Jay Armstrong Johnson have already gotten on board. Head here to participate. The deadline is February 28.

Tina Landau & Michael McElroy Selected as Artists in Residence
Tony-nominated director Tina Landau and Tony-honored music director Michael McElroy have signed on to be the first Artists in Residence for New York City’s newest public park, Little Island. They will be part of the three-year residency along with tap dancer and choreographer Ayodele Casel and PigPen Theatre Co. Little Island, which is set to open at Pier 55 this spring, has three performance spaces: The Amph, a 700-seat amphitheater; The Glade, a smaller lawn venue for 200 visitors; and The Play Ground, an open plaza for recreation and educational programs. The artists will perform and direct works, as well as curate events and festivals for the park and its community partners.

Alton Mason to Play Little Richard in Baz Luhrmann’s Elvis
Moulin Rouge! mastermind Baz Luhrmann has chosen newcomer Alton Mason to play legendary musician Little Richard in his upcoming Elvis Presley biopic, according to Deadline. As previously announced, Elvis will star Austin Butler in the title role with Tom Hanks as Colonel Tom Parker. The movie also reunites Luhrmann with Richard Roxburgh, who portrayed The Duke in the Moulin Rouge! film. Roxburgh is taking on the role of Vernon Presley. The film centers on Presley’s rise and zenith, with a focus on his relationship to Parker, who held major control over Presley’s life and career.

Minyan, Starring Samuel H. Levine, Aims for Fall 2021 Release
Samuel H. Levine, known for his standout role in The Inheritance on Broadway and in the West End, will soon be seen in the film Minyan, a new gay drama that has been sold to Strand Releasing in North America, according to Variety. Directed by Eric Steel, the drama follows a young Russian Jewish immigrant who develops a close friendship with two elderly closeted gay men. They open his imagination to the possibilities of love and the realities of loss before moving to the East Village, where he finds a world teeming with the energy of youth, desire and risk amid the height of the AIDS epidemic. Minyan is aiming for a fall 2021 theatrical release.

Olivier Winner Adrian Lester Joins Romeo & Juliet Film
The National Theatre’s Romeo & Juliet, a feature film set for broadcast on Sky Arts and PBS this April, has added Olivier winner Adrian Lester to its cast. He joins a cast led by Josh O’Connor as Romeo and Jessie Buckley as Juliet along with Lloyd Hutchinson as Lord Capulet, Colin Tierney as Lord Montague, Ella Dacres as Peta, Fisayo Akinade as Mercutio, Deborah Findlay as the Nurse, Tamsin Greig as Lady Capulet, Lucian Msamati as the Friar, Shubham Saraf as Benvolio, David Judge as Tybalt, Alex Mugnaioni as Paris and Ellis Howard as Sampson. Directed by Simon Godwin, this 90-minute version was filmed over three weeks in the NT’s Lyttelton Theatre under the COVID-19 safe working filming guidance and code of practices. Romeo & Juliet will premiere is on April 4 on Sky Arts in the U.K. and on April 23 on PBS in the U.S.