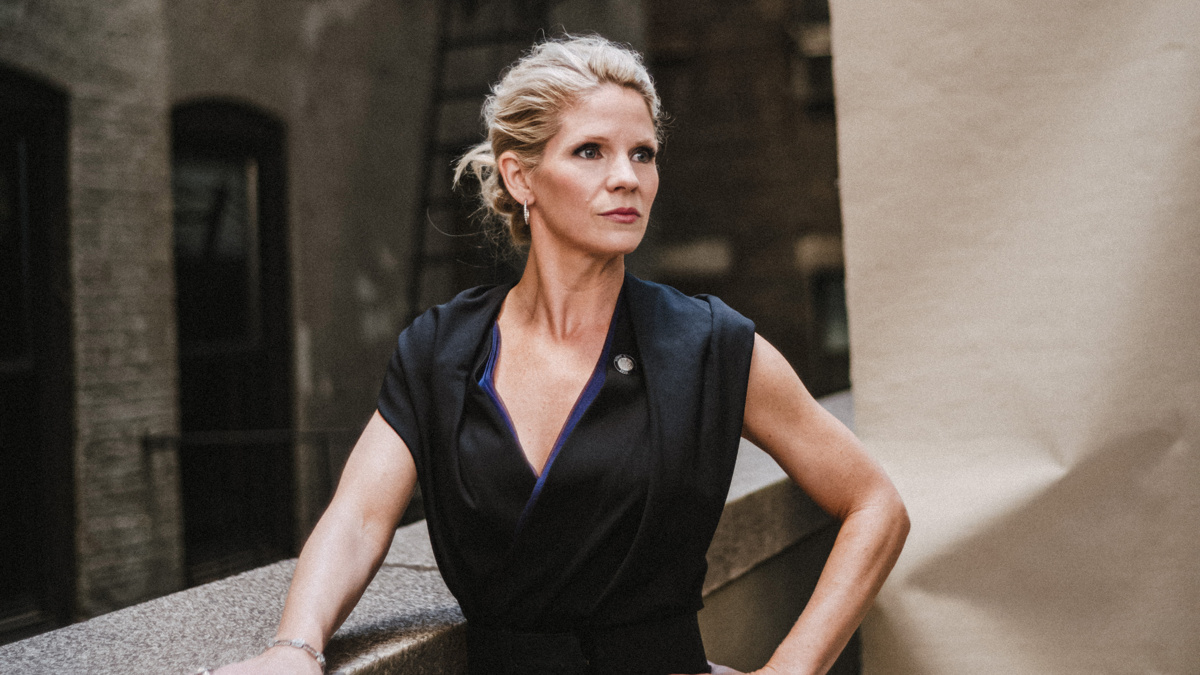 Kelli O’Hara & More Set for COVID-Centric New Musical
Kelli O’Hara, Brian Stokes Mitchell, Patti Murin, Colin Donnell, Denée Benton, Rubén J. Carbajal, Matt Doyle, Max Clayton, Daniel Yearwood, T. Oliver Reid and Josh Davis star in Breathe. This new musical, written by bestselling novelist Jodi Picoult and playwright Timothy Allen McDonald, chronicles COVID-19’s impact on five very different relationships. The story is told in five interlocking suites, each with a different songwriting team and director. Broadway Records will release an original cast recording of the show on May 14, the same day Breathe will have its world premiere on Overture+ at 8PM ET. Under the supervising direction of Jeff Calhoun, Breathe was filmed last month at the 92 Street Y’s Kaufmann Concert Hall in New York City without an audience, in compliance with state safety regulations. For most of the cast and crew, this marked their first return to the stage since Broadway shut down on March 12, 2020. Get a sneak peek at the new show below!

Tony-Nominated Moulin Rouge Musical to Open in Japan
Moulin Rouge! The Musical, the Tony-nominated stage adaptation of Baz Luhrmann’s 2001 film, is scheduled to open at Tokyo’s Imperial Theatre in the summer of 2023. Produced by Global Creatures in partnership with Toho Co, the Japanese-language production will reunite the Broadway creative team, including director Alex Timbers, choreographer Sonya Tayeh, scribe John Logan and music supervisor and orchestrator Justin Levine. The show opened at Broadway’s Al Hirschfeld Theatre on July 25, 2019, where is played until Broadway shut down in March 2020. A national tour as well as productions in Melbourne and London are also in the works.

Sam Mendes to Direct Empire of Light, Starring Olivia Colman
Director Sam Mendes, who won a 2019 Tony Award for helming that year’s Best Play The Ferryman, has written the script for his next film project, which will star The Favourite Oscar winner and The Father Oscar nominee Olivia Colman.Empire of Light is a love story set in and around a beautiful old cinema in 1980s England.. This project will mark the director’s first film since his Oscar-nominated 1917 and the first time he and Colman have worked together. Mendes will reunite with 1917‘s Oscar-winning cinematographer Roger Deakins for the film. A production timeline will be announced later.

Barrington Stage Announces 2021 Season
Barrington Stage Company’s 2021 season will feature live performances, both outdoors under a tent and indoors on the Boyd/Quinson Stage. June 10 will kick things off with an outdoor production of Who Could Ask for Anything More?, a George Gershwin cabaret concert that will run through July 3. Boca, a world premiere comedy by Jessica Provenz, will also take place outdoors from July 30 through August 22. Indoors, Tony winner Reed Birney will star alongside his son Ephraim in Joseph Dougherty’s psychological drama Chester Bailey from June 18 through July 3. Tony winner Harriet Harris will then play Eleanor Roosevelt in Mark St. Germain’s Eleanor from July 16 through August 1. Harris played the role in a reading of the show last summer. Sister Sorry, a new play by Alec Wilkinson and directed by Richard Hamburger, will take the stage next from August 12 through August 29. The play is about a conceptual artist who set up a phone line for people to call in and make confessions and apologies and is based on a profile Wilkinson did for The New Yorker. Fall will bring the long-awaited world premiere of A Crossing, a dance musical co-conceived by Joshua Bergasse and Mark St. Germain with music and lyrics by Zoe Sarnak, from September 23 through October 17. There will also be concerts, including one on June 28, performed outdoors by Jagged Little Pill 2020 Tony nominee Elizabeth Stanley. Head here for more info on these events and the company’s COVID-19 safety protocols.

Producers of Six Developing Multiple New Musicals
Perfect Pitch founders and Six producers Wendy and Andy Barnes have been developing new musicals for over 15 years with the help of partners around the U.K. Now, their musical production company and Broadway Licensing have announced a new partnership that will see the commission, development, production and licensing of four new British musicals, as seven existing Perfect Pitch titles join the Broadway Licensing catalogue. The first new show selected for the partnership is Jack Godfrey’s musical 42 Balloons, which tells the story of Larry Walters and Carol Van Deusen, who, in July 1982, constructed an aircraft using a lawn-chair and approximately 42 weather balloons and launched Larry 16,000 feet into the sky above Los Angeles. Among the seven musicals to find a home with Broadway Licensing are Craig Adams and Ian Watson’s musical Lift, which previously starred Cynthia Erivo and George Maguire, Aaron Lee Lambert’s From Up Here and Eamonn O’Dwyer and Robert Gilbert’s The House of Mirrors and Hearts. Additional titles joining theportfolio are The 45th Marvellous Annual Chatterley Village Fête, The Lost Christmas, Danni Hero and In Touch.

We filmed this earlier for tonight’s game, but I FaceTimed my parents which was super cool! pic.twitter.com/Yp7R3JrOui
— Jessica Vosk (@JessicaVosk) April 7, 2021