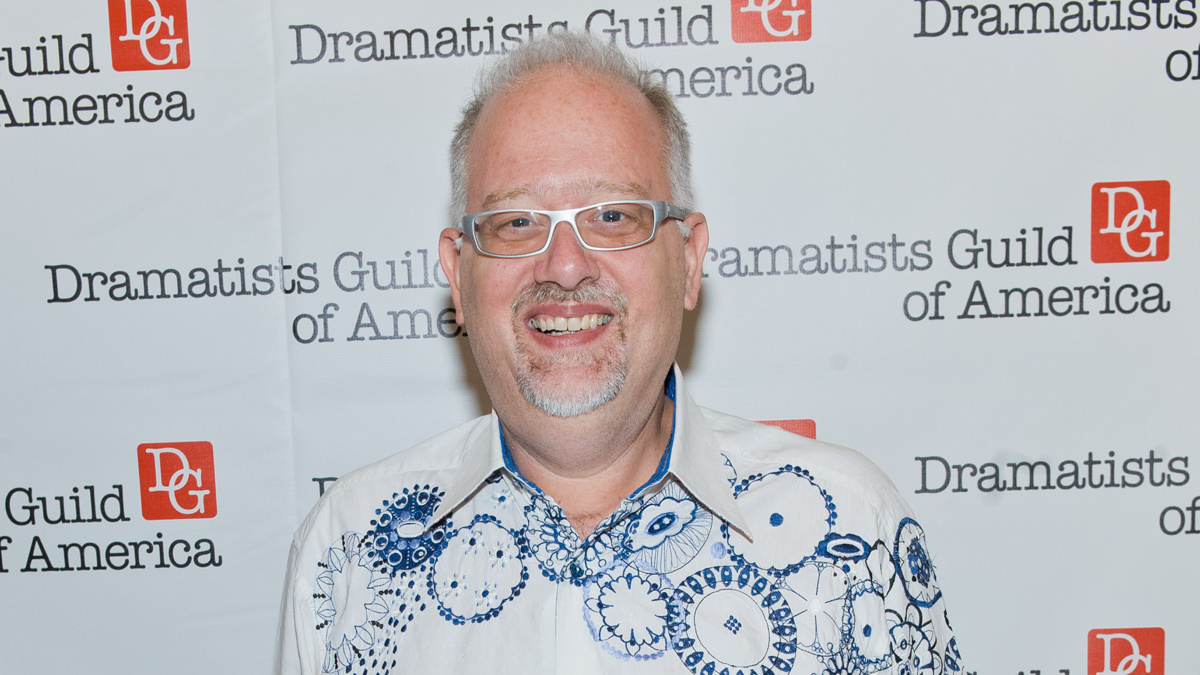 Here's a quick roundup of stories you might have missed recently.

Doug Wright, Michael R. Jackson & Kelli O’Hara Win Awards in P-Town
Doug Wright, whose solo play I Am My Own Wife won the Tony Award for Best Play and the Pulitzer Prize for Drama in 2004, will be honored on August 14 in Provincetown, MA, alongside writer and fellow Pulitzer Prize winner Michael R. Jackson (A Strange Loop) and Tony-winning Broadway star Kelli O’Hara (The King and I). The talented trio is being fêted by the Provincetown Theater at its annual gala; Wright is receiving the Provincetown American Playwright Award (the PAPA), which recognizes the seaside town’s legacy as the birthplace of modern American drama, while Jackson is honored with the Trailblazer Award and O’Hara receives the Provincetown Theater Icon Award. Head here for tickets and more info. Under the direction of artistic director David Drake, the Provincetown Theater is currently presenting The Glass Menagerie, which Tennessee Williams famously wrote during a stay in the Cape Cod retreat.

Hear Lady Gaga & Tony Bennett Sing from Anything Goes
The first track from Lady Gaga and Tony Bennett's previously announced album has been released, and it's one theater fans will know well. As previously reported, the duo, who released Cheek to Cheek in 2015, will release their second collaborative album, Love for Sale, a Cole Porter tribute. The album is set for release on October 1 and is being billed as Bennett’s final recording. Take a listen to their take on the Anything Goes classic "I Get a Kick Out of You" below!

Tony Winner Catherine Zeta-Jones to Play Morticia Addams
Oscar and Tony winner Catherine Zeta-Jones will play Morticia Addams in Tim Burton's Netflix series Wednesday. She joins Luis Guzmán, who will appear as Gomez Addams, and Jenna Ortega, who will take on the title role. The coming-of-age comedy, written by Smallville creators Al Gough and Miles Millar and directed by Burton, is a supernaturally infused mystery charting Wednesday Addams’ years as a student at Nevermore Academy. That’s where she attempts to master her emerging psychic ability, thwart a monstrous killing spree that has terrorized the local town and solve the supernatural mystery that embroiled her parents 25 years ago—all while navigating her new and very tangled relationships.

Laura Osnes, Santino Fontana & More to Lend Voices to My Marcello
Broadway Records has announced the release of the world premiere recording of the Italian village-set romantic comedy My Marcello. With music by Rosabella Gregory, lyrics by Dina Gregory and book by Corey Brunish, the recording features vocals from former Cinderella co-stars Laura Osnes, Santino Fontana as well as Terrence Mann, Elizabeth Stanley, Derek Klena, Raymond Jaramillo McLeod and Robert Cuccioli. The album is set for release on August 20.

John Lithgow Boards Martin Scorsese's Killers Of The Flower Moon
Two-time Tony winner John Lithgow has joined the cast of the Martin Scorsese-helmed film Killers of the Flower Moon. According to Deadline, Lithgow will play Prosecutor Leaward in the film, which stars Leonardo DiCaprio and Robert De Niro. Set in 1920s Oklahoma, the Apple Original project is based on the David Grann best-selling book and depicts the serial murder of members of the oil-wealthy Osage Nation, a string of brutal crimes that came to be known as the Reign of Terror. Killers of the Flower Moon will also feature Lily Gladstone, Jesse Plemons, Jason Isbell, Sturgill Simpson, Louis Cancelmi, William Belleu, Tatanka Means, Michael Abbott Jr., Pat Healy and Scott Shepherd. Last seen on Broadway in Lucas Hnath's Hillary and Clinton alongside Laurie Metcalf, Lithgow is currently nominated for an Emmy for his performance in the HBO series Perry Mason.

Kerry Condon Reunites with Martin McDonagh for New Film
Kerry Condon, who has appeared in Three Billboards Outside Ebbing, Missouri and Better Call Saul and received a 2009 Drama Desk and Lucille Lortel Award for her performance in Martin McDonagh's The Cripple of Inishmaan, is joining forces with the scribe and director once more. Deadline reports that she is joining Colin Farrell, Brendan Gleeson and Barry Keoghan in his new movie The Banshees of Inisherin. Directed and written by McDonagh, the film tells the story of a pair of lifelong friends on a remote Irish island who find themselves at an awkward time in their relationship when one of them no longer wants to be friends. Condon will play the sister of Farrell’s character. The Searchlight Pictures project is scheduled to begin production in Ireland later this month.

Rita Moreno Cast in Dark Comedy Feature The Prank
Oscar and Tony winner Rita Moreno will play a high school physics teacher accused of murder in the dark comedy film The Prank, Deadline reports. Directed by Maureen Bharoocha and written by Rebecca Flinn-White and Zak White, the movie will also star Connor Kalopsis and Ramona Young. Filming is scheduled to begin in Los Angeles this month. As previously reported, Moreno is also the subject of the documentary Rita Moreno: Just a Girl Who Decided to Go for It, which will air nationwide on October 5 at 9PM ET. She will also appear in Steven Spielberg's West Side Story remake, which is set for release on December 10.