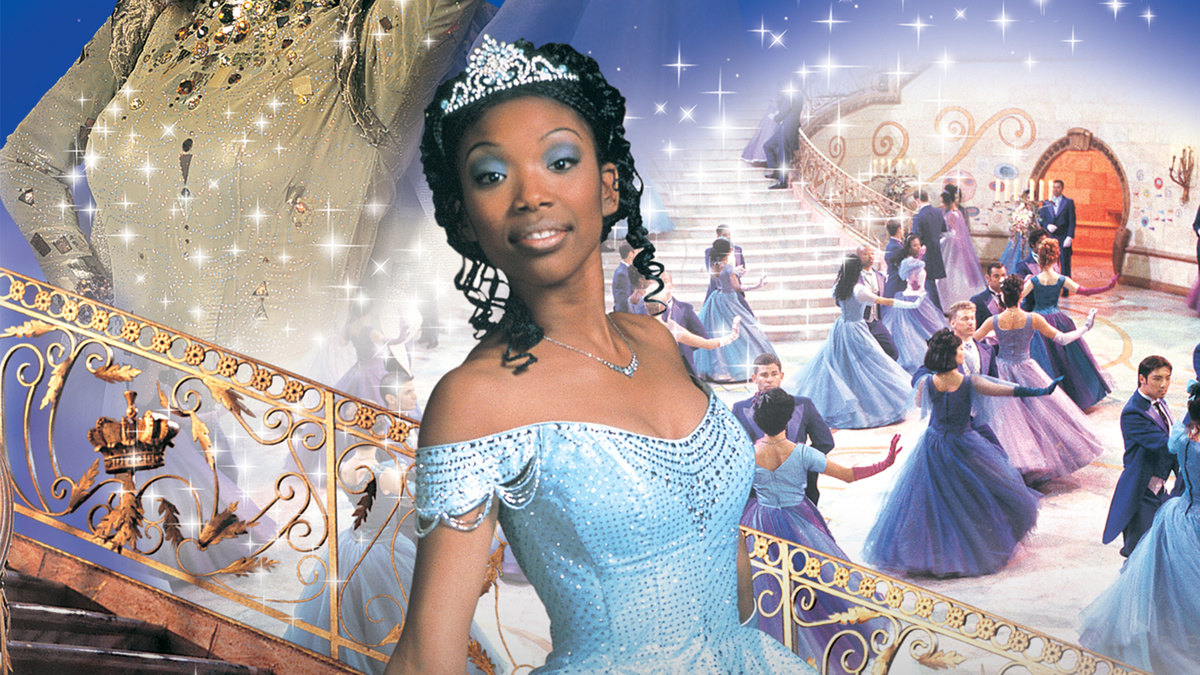 Cinderella, Featuring Broadway Luminaries, Coming to Disney+
It’s possible! Rodgers & Hammerstein’s Cinderella, the fan-favorite 1997 film, is heading to Disney+ on February 12. Starring Broadway alum Brandy Norwood in the title role, the movie musical also features Whoopi Goldberg, Victor Garber, Bernadette Peters and Jason Alexander as well as the late Whitney Houston as the Fairy Godmother. The film features songs by Rodgers & Hammerstein, including “Impossible,” “In My Own Little Corner,” “Ten Minutes Ago,” “A Lovely Night,” “Do I Love You Because You’re Beautiful?” and more.

Enter This Super Fun Broadway Valentine’s Day Contest
Want Broadway faves like Lesli Margherita and Jackie Burns to see what you’ve got? Broadway Records and 10glo are teaming up to present the Measure in Love: Broadway Celebrates Valentine’s Day Contest. To participate, choose any song from the Broadway Records catalogue and record a video (either as a solo or duet) and submit it from now through February 14 at 11:59PM EST. Judges, including Margherita, Burns, Kevin Chamberlin, Telly Leung, Stephanie Lynne Mason and Drew Seigla, will pick one winner in the solo category and a winner in the duets category. Head here to submit and learn about the prizes!

Cicely Tyson Public Viewing Set for February 15
Towering talent Cicely Tyson died on January 28, and now her family has set an official public viewing on February 15 from 10AM to 6PM ET at the Abyssinian Baptist Church in New York City, according to Variety. Social distancing and the wearing of masks will be enforced for those in attendance, and photography will not be permitted.

Watch Josh Groban Perform “Angels”
It’s always a treat to watch Josh Groban sing. The Tony nominee released a new album, Harmony ,in November 2020 and has gone on “tour” for fans with virtual performances. He took on Robbie Williams’ 1997 song “Angels” on The Late Late Show with James Corden. Enjoy the performance below!

Jojo Siwa to Lead The J Team Musical on Nickelodeon
Nickelodeon has announced The J Team, a 90-minute movie musical starring and executive produced by social media sensation Jojo Siwa. The story follows a young girl named JoJo (Siwa) whose life is turned upside down when her beloved dance coach decides to retire and is replaced by a sparkle-hating instructor named Poppy. Wanting to stay in the running for an upcoming dance competition, JoJo and her best friends, The Rubies, try their hardest to abide by Poppy’s harsh new rules. Directed by Emmy winner Michael Lembeck, production is scheduled to begin this month in Vancouver. A premiere date will be announced later.