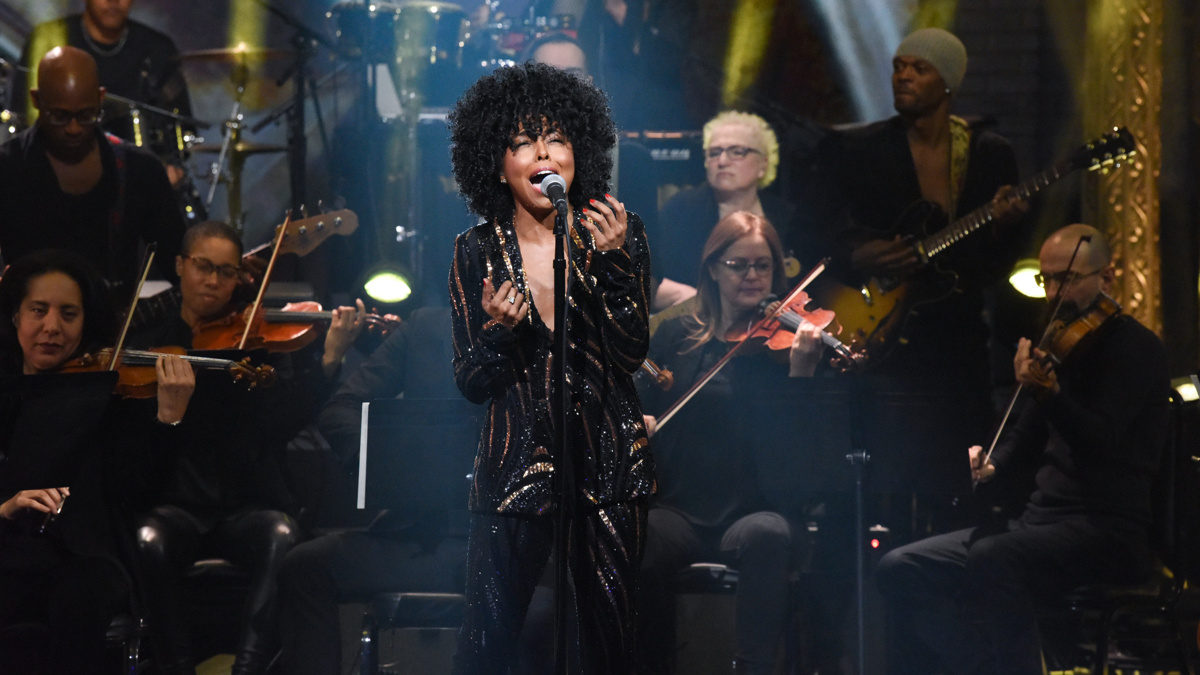 Here's a quick roundup of stories you might have missed recently.

Performance Roster Revealed for Elsie Fest on August 29
Some performers have been revealed for this year's Elsie Fest. As previously reported, the 2021 edition of the outdoor musical celebration will take place on August 29 at the 2021 BRIC Celebrate Brooklyn! Festival at the Prospect Park Bandshell. The concert celebrates stars and songs from the stage and screen. Tina Tony nominee Adrienne Warren, Dear Evan Hansen's returning headliner Jordan Fisher, Bridgerton musical songwriting duo Abigail Barlow and Emily Bear as well as festival founder Darren Criss, Kirstin Maldonado and Alex Brightman are set to take the stage. Additional performers and guests will be announced at a later time.

Hidden Figures Stage Musical in the Works at Disney
A stage musical adaptation of the 2016 Oscar-nominated film Hidden Figures is in the works at Disney, Deadline reports. Loosely based on Margot Lee Shetterly’s nonfiction book of the same name, director Theodore Melfi’s Hidden Figures chronicled the contributions made by Black female NASA mathematicians who were crucial to the United States’ Space Race missions of the 1960s. Taraji P. Henson starred as mathematician Katherine Johnson, and Octavia Spencer garnered an Oscar nomination for her performances as NASA supervisor and mathematician Dorothy Vaughan. The film's cast also included Janelle Monáe, Kevin Costner, Kirsten Dunst, Jim Parsons, Glen Powell and Mahershala Ali. Film scholar and former film critic Elvis Mitchell is attached to the project as a creative consultant. Details about the musical production, including casting, creative team and target dates, are to be determined.

The Wonder Years Reboot Announced for Next Month
The previously announced Wonder Years reboot will arrive on September 22 on ABC. Saycon Sengbloh, who garnered a 2016 Tony nomination for her performance in Eclipsed and will play mother, wife and full-time accountant Lillian Williams in the show, shared the news on Instagram on August 2. The comedy comes from Dave executive producer Saladin Patterson, Empire co-creator Lee Daniels and the original series’ star Fred Savage. Written by Patterson and directed by Savage, the reboot will be set in the 1960s, the same era as the original, newly focusing on the Williamses, a Black middle class family in Montgomery, Alabama.

New Joe Iconis Musical Gets Original Cast Album
Ghostlight Records will record the new Joe Iconis musical Love in Hate Nation for an original cast album. The recording is based on the show’s world premiere production at the Two River Theater in 2019. A 1960s-set love story about two women caught between eras of a changing America, Love in Hate Nation features a book, music and lyrics by Iconis and direction by John Simpkins. The show has music direction and vocal arrangements by Annastasia Victory and music supervision and orchestrations by Charlie Rosen. The album will be produced by Iconis, Ian Kagey and Rosen, with Two River Theater and Kurt Deutsch serving as executive producers. It is being recorded on August 2 for a fall release. The vocalists featured include Sydney Farley, Amina Faye, Jasmine Forsberg, Lauren Marcus, Kelly McIntyre, Lena Skeele, Emerson Mae Smith, Ryan Vona and Tatiana Wechsler. "I’m beyond proud of this badly behaved original musical, and I couldn’t be more ecstatic or grateful that Ghostlight and Two River Theater are giving us the opportunity to record it," Iconis said. "Here’s to human beings and musicals and cast albums that don’t fit the mold, and here’s to the institutions that support them.”

Tony n’ Tina’s Wedding Co-Stars Tie the Knot
Denise Fennell and Rick Pasqualone, who met playing the title roles in the off-Broadway hit Tony n’ Tina’s Wedding in 2006 and have since played the roles thousands of times in six different countries, tied the knot in real life on June 26, The New York Times reports. Their real wedding took place at the home of the bride’s family in York Beach, Maine in front of 120 guests. Fun fact: the evening's DJ introduced the official newlyweds as “For the 4,766th time as a husband and a wife, but for the first-time ever as a married couple.”

P.S. Watch this amazing video of the late Alvin Ing, Telly Leung and Jose Llana performing "You Are Beautiful" from Flower Drum Song.