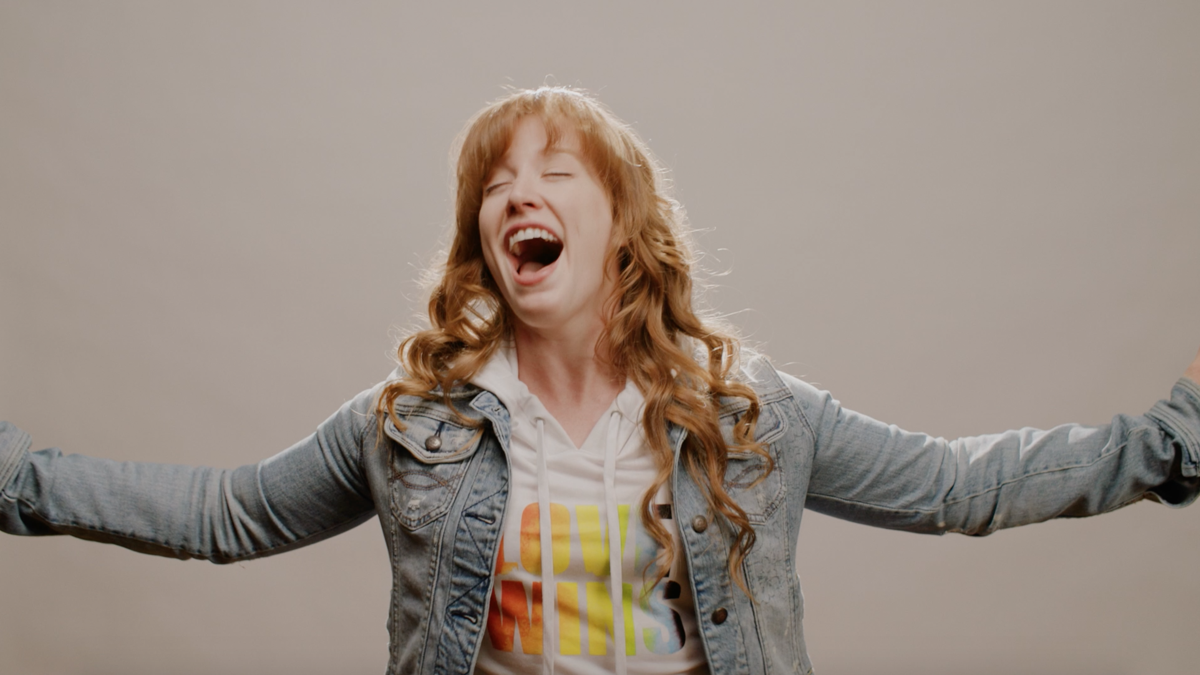 Tony-winning songwriters Benj Pasek and Justin Paul are known for their work on Dear Evan Hansen, The Greatest Showman, La La Land and Dogfight. But it was one of their first projects, Edges: A Song Cycle that they created while still studying at the University of Michigan, that caught the attention of friends Jimmy Larkin and Devin Lewis. While the two were attending Pace University, where they first met while in the Musical Theater Program, Larkin and Lewis found themselves rewatching Broadway’s Kennedy Caughell perform “Ready to Be Loved” from Edges during the Elon Cares event in 2011. Now, Larkin and Lewis have teamed up with Caughell, as well as a dozen Broadway dancers, to release a remixed dance version of the Pasek and Paul song.

“There are so many versions of this song, but the Kennedy Caughell one was always the one we would be talking about in college in our dorm room,” said Larkin. “Our generation felt like it was a very nostalgic video, because it’s now been 10 years. I can speak for both of us, I think, and say that we still watch it monthly. It’s just a staple for musical theater people.”

“What if I gave you a musical theater song to turn into a dance remix?”

During the pandemic that has left Broadway shuttered since March 12, 2020, Larkin and Lewis found new ways to satisfy their creativity. For Lewis, that meant branching out into music producing. “I heard his stuff, and it’s all incredible, and I was like, ‘What if I gave you a musical theater song to turn into a dance remix?'” Larkin said. “One of the songs that came to mind that always sounded like a pop song was ‘Ready to be Loved.’ I asked if he could turn it into a gay anthem. It’s more so a general love anthem, but it also has that self-discovery of deserving love, which I think resonates with a lot of queer people.”

Lewis completed a scratch demo of the remix less than three days after hearing Larkin’s idea, and they knew they were onto something big. “It’s funny because as I’m telling you this, I’m remembering back then we were like, ‘What if we get Kennedy to sing on this? How iconic would this be?’ A month later, she came over to my apartment, and she was recording the vocals in my closet.”

With Caughell (known for her turns in Beautiful and Natasha, Pierre & The Great Comet of 1812) on board, Larkin and Lewis quickly assembled an all-star cast and creative team to help bring their vision to life, including choreographer Phil Colgan, who is the co-dance captain for the Hamilton national tour.

“Phil and I sat down and we talked for hours about dancers,” Larkin said. “We went to mutual friends and people that we really respected first. That was most important to us, to find people that radiate good energy. I would hands-down say anyone in this video is a beautiful soul. That is what’s most important to me, and I think it really translates.”

With the release of the fresh remix and video, Larkin and Lewis are excited to give one of their favorite songs new life. “The overarching message of the video is that everyone deserves love. Everyone should watch this video and feel seen,” Larkin said. “We just want to keep on making art—and making meaningful art that makes people feel something.”

Watch the video below and be sure to listen to “To Be Loved (Dance Version),” which is available on all streaming platforms.