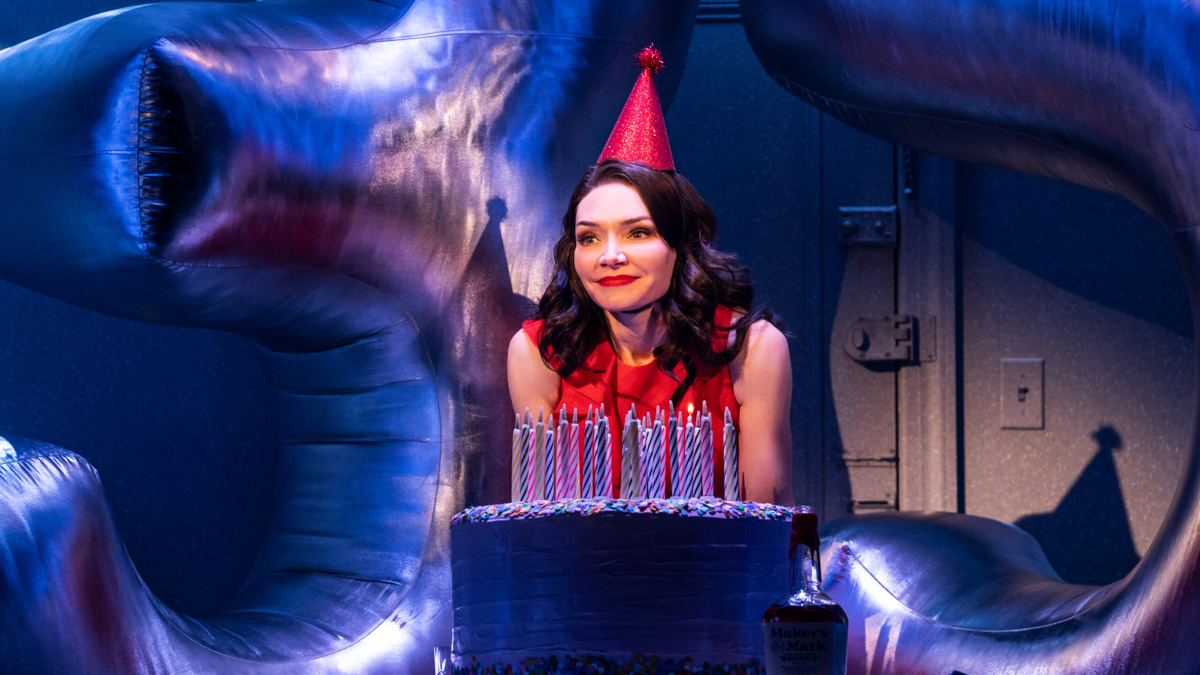 Tony winner Katrina Lenk leads Stephen Sondheim and George Furth’s Company on Broadway and can also be seen on the latest season of Ozark. The Marianne Elliott-helmed production of Company had its first preview performance on March 2, 2020. Now, it’s back up and running at the Bernard B. Jacobs Theatre. Lenk chatted with Emmy-winning anchor Tamsen Fadal on The Broadway Show about returning to the stage.

Company resumed performances on November 15, 2021. “It was a really extraordinary moment of realizing that need for connection and celebrating that connection,” Lenk said of that perfromance. Most of the production’s original cast members have returned to the revival, including Patti LuPone, who won an Olivier Award for her performance as Joanne in the London staging.

Watch the interview below, and head here to check your local listings for The Broadway Show. Hosted by Fadal, it is the only nationally syndicated weekly theater news program.