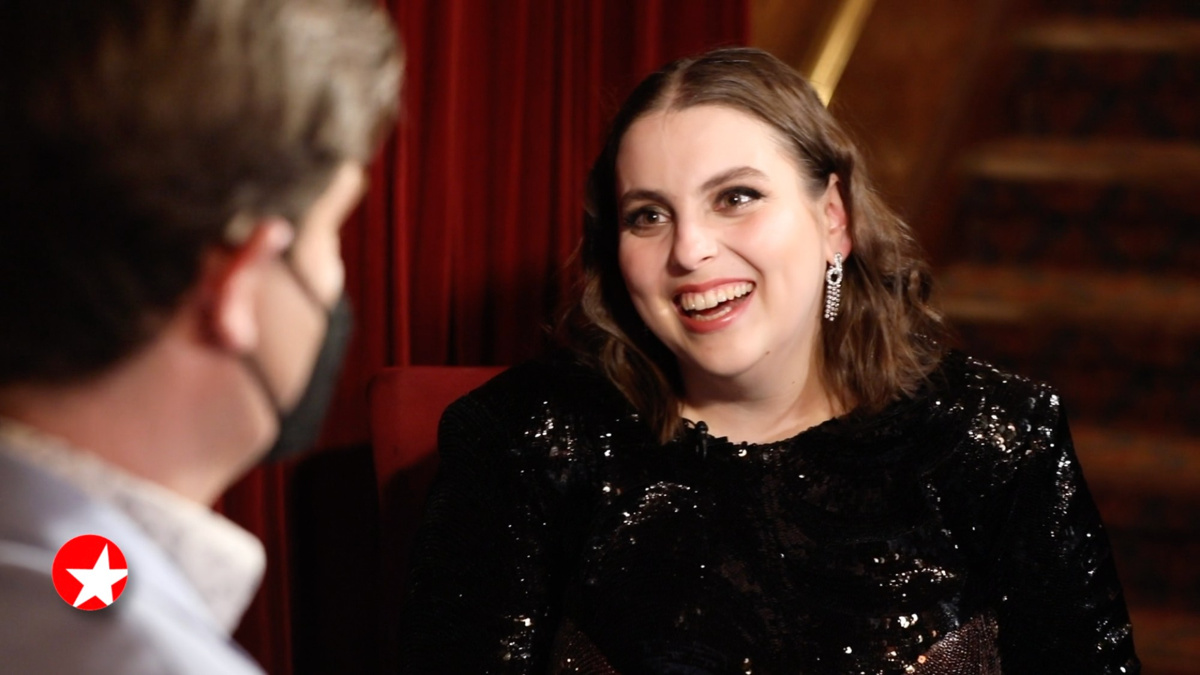 The first-ever revival of Funny Girl officially opened at the August Wilson Theatre on April 24, and The Broadway Show with Tamsen Fadal, airing nationwide this coming weekend, has your ticket inside the evening. Broadway.com Editor-in-Chief Paul Wontorek spoke with stars Beanie Feldstein, Ramin Karimloo, Jane Lynch and Jared Grimes about bringing Fanny Brice’s story back to Broadway.

“Verklempt doesn’t even begin to describe it. I think I’m in a state of shock, if I’m honest,” Feldstein told Wontorek on the big night. “[Funny Girl] created my understanding of performing and making people laugh and singing. So to be here—it’s just insane.”

Funny Girl has not been on Broadway in 58 years. This revival has been a long-gestating project, delayed even more so by the Broadway shutdown caused by COVID-19. Standout Grimes said the journey makes stepping onto the August Wilson stage that much sweeter. “I really like to think that those two years, where we were all trying to figure things out, where the world was changing, where people’s minds were opening, politically and socially, all that kind of fed into the way I step into the shoes with Eddie Ryan,” Grimes said.

“It’s really one of those things where you’re pinching yourself going, ‘Is this actually happening?'” Lynch said of reaching opening night in one of her all-time favorite musicals.

The Broadway opening took place on original star Barbra Streisand’s 80th birthday. “I’ve loved, worshiped, adored, revered Barbra Streisand my entire life. She’s truly my idol, my icon, everything,” Feldstein said. “But when I got the audition, I knew it was my responsibility to open the script as if I didn’t know what Funny Girl was, as if I didn’t know who Fanny Brice was, as if I never heard ‘People’ or songs that are in my bones at this point and just try to see it as a completely new piece. As Fanny would say, ‘You only have yourself to give.’ I knew that I couldn’t be anything but the way I channeled Fanny. It’s known and new. I just feel so lucky to be in this theater with these people every night.”

Watch the video below, and head here to check your local listings for The Broadway Show. Hosted by Emmy-winning anchor Tamsen Fadal, it is the only nationally syndicated weekly theater news program.