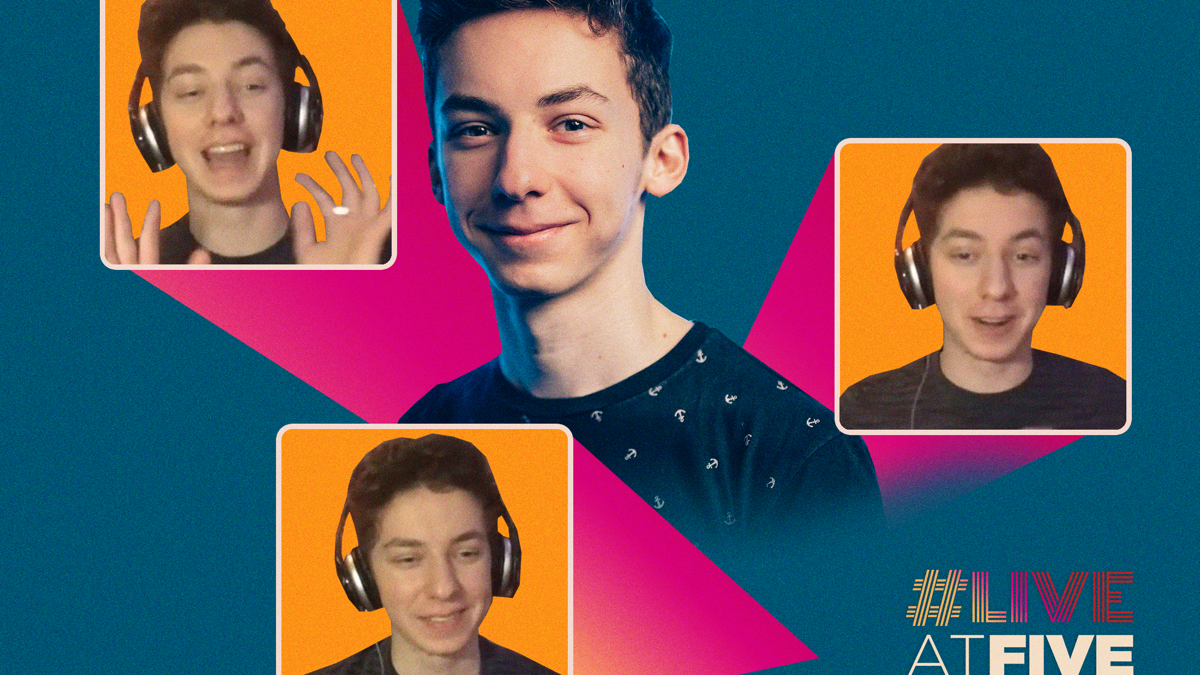 It’s been over 130 days since Broadway shut down due to the novel coronavirus. With the earliest return date expected to be in 2021, Broadway actors have been finding new ways to connect with fans and flex their creativity through virtual concerts, readings and radio plays. Former Dear Evan Hansen star and Broadway.com vlogger Andrew Barth Feldman is joining the ranks with Broadway Whodunit?, a virtual murder mystery series in which Broadway stars are the suspects, and audience members get to be the detectives. Feldman joined Paul Wontorek on #LiveatFive: Home Edition to talk all about how he created the new series, what fans should expect and more.

For the past 10 years Feldman has been hosting murder mystery parties with his friends, and he continued to throw themed events when he made it big starring in Broadway’s Dear Evan Hansen. After being quarantined away from friends, Feldmen knew he had to find a way to keep the tradition alive. “Everyone just comes to my house in costume, and we have to figure out who the murderer is. It’s silly and scary a little bit sometimes,” he said. “I did two with the Dear Evan Hansen cast while I was there, and I was bummed that we weren’t going to be able to do another one for so long. Two months ago I thought, ‘There must be a way to make this work over Zoom.’ So, my friends and I did one over Zoom and it went so well, it was perfect and almost more intimate in a strange way. I thought I could turn it into a Broadway thing that everyone can watch and enjoy.”

With Murder at Montgomery Manor preparing for its premiere on August 1, Feldman is already dreaming about what’s to come. “We have some amazing guests lined up for the future that I can’t say yet, but it’s pretty insane,” he said. “If Patti LuPone called asking to be in it, I would be able to figure something out. That would be the most anxious I’ve ever been in my entire life, trying to write a murder mystery for Patti LuPone. She would be incredible. Patti, call me!”

Originally set to attend Harvard University in the fall, Feldman is shifting his plans allowing for more creative growth. “It looks like I’m going to be deferring a year, which is totally OK, and I’m super duper cool with that,” he said. “I will be still going to Harvard, but I want the full college experience. I think it’ll be a better use of my time in this next year to keep doing creative stuff like this, rather than sitting in a dorm room doing online classes. I’m excited to work on new projects and keep writing.”

Be sure to get your tickets for Broadway Whodunit? and listen to Feldman talk more about it in the full episode below!