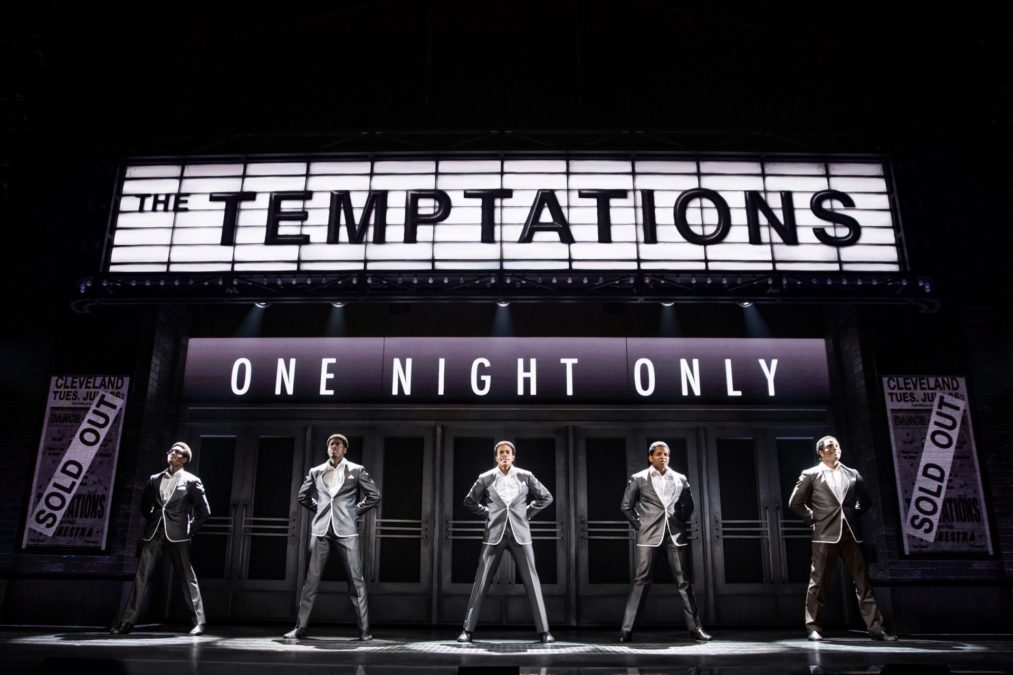 The biggest hits on Broadway are headed to Baltimore as part of the just-announced CareFirst Hippodrome Broadway Series 2020-21 season!

Learn more about all of the exciting Broadway shows headed to Baltimore below:

No matter how you say it, Tootsie is unanimously funny! It’s a laugh-out-loud love letter to the theatre, based on the Oscar-nominated film. Featuring a Tony-winning book by Robert Horn and an outrageously clever score by 2018 Tony winner David Yazbek (The Band’s Visit, Dirty Rotten Scoundrels), this New York Times Critic’s Pick is a “hilarious, thoroughly modern Tootsie” (People Magazine) that’s “even funnier than the movie!” (New York Post). “In these turbulent times, with the world out of balance, we need a place to let the good times roll,” says Rolling Stone, “Tootsie is it.”

You can’t stop the beat! Hairspray, Broadway’s Tony Award-winning musical comedy phenomenon that inspired the blockbuster film and live television event, is back on tour! Join 16-year-old Tracy Turnblad in 1960’s Baltimore as she sets out to dance her way onto TV’s most popular show. Can a girl with big dreams (and even bigger hair) change the world? Featuring the beloved score of hit songs, including “Welcome to the ‘60s,” “Good Morning Baltimore,” “It Takes Two,” and incorporating “Ladies Choice” from the musical film adaption, Hairspray is “fresh, winning, and deliriously tuneful!” (The New York Times). This all-new touring production will reunite Broadway’s award-winning creative team led by director Jack O’Brien and choreographer Jerry Mitchell to bring Hairspray to a new generation of theater audiences. Don’t miss this “exhilaratingly funny and warmhearted musical comedy” (The New Yorker).

After an incredible record-breaking run on Broadway, Audience Choice Award winner Pretty Woman: The Musical is coming to you! One of Hollywood’s most beloved stories of all time, Pretty Woman: The Musical is brought to life by a powerhouse creative team representing the best of music, Hollywood, and Broadway. Featuring direction and choreography by two-time Tony Award winner Jerry Mitchell (Kinky Boots, Legally Blonde), an original score by Grammy winner Bryan Adams and Jim Vallance (“Summer of ’69,” “Heaven”), and a book by the movie’s legendary director Garry Marshall and screenwriter J.F. Lawton. Pretty Woman: The Musical will lift your spirits and light up your heart. “If you love the movie, you’ll love the musical!” (Buzzfeed). Featured in the musical is Roy Orbison and Bill Dee’s international smash hit song “Oh, Pretty Woman,” which inspired one of the most beloved romantic comedy films of all time. Pretty Woman, the film, was an international smash hit when it was released in 1990. Now, 30 years later, Pretty Woman: The Musical still “dazzles!” (Deadline) and is “big romance and big fun!” (Broadway.com). “Irresistible! A romantic fantasy. A contemporary fairy tale,” says (The Hollywood Reporter). Pretty Woman: The Musical delivers on all the iconic moments that you remember. Get ready to experience this dazzlingly theatrical take on a love story for the ages. Are you ready to fall in love all over again?

Direct from Broadway, Mean Girls is the hilarious hit musical from an award-winning creative team, including book writer Tina Fey (30 Rock), composer Jeff Richmond (Unbreakable Kimmy Schmidt), lyricist Nell Benjamin (Legally Blonde) and director Casey Nicholaw (The Book of Mormon). Cady Heron may have grown up on an African savanna, but nothing prepared her for the vicious ways of her strange new home: suburban Illinois. Soon, this naïve newbie falls prey to a trio of lionized frenemies led by the charming but ruthless Regina George. But when Cady devises a plan to end Regina’s reign, she learns the hard way that you can’t cross a Queen Bee without getting stung. New York Magazine cheers, “Mean Girls delivers with immense energy, a wicked sense of humor and joyful inside-jokery.” USA Today says, “We’ll let you in on a little secret, because we’re such good friends: Get your tickets now!”

Everyone’s invited to the joyous Broadway hit that New York Magazine hails as “smart and big-hearted,” while The New York Times declares it “makes you believe in musical comedy again!” The Prom is a new musical comedy about big Broadway stars, a small town, and a love that unites them all. Variety raves, “It’s so full of happiness that you think your heart is about to burst.” And The Hollywood Reporter cheers, “It’s comic gold!” The Prom features direction and choreography by Tony Award winner Casey Nicholaw (Mean Girls, The Book of Mormon), a book by Tony Award winner Bob Martin (The Drowsy Chaperone) and Tony Award nominee Chad Beguelin (Aladdin), music by Tony Award nominee Matthew Sklar (Elf), and lyrics by Beguelin. You belong at The Prom!

AIN’T TOO PROUD: THE LIFE AND TIMES OF THE TEMPTATIONS

Ain’t Too Proud is the electrifying, new smash-hit Broadway musical that follows The Temptations’ extraordinary journey from the streets of Detroit to the Rock & Roll Hall of Fame. With their signature dance moves and silky-smooth harmonies, they rose to the top of the charts creating an amazing 42 Top Ten Hits with 14 reaching number one. Nominated for 12 Tony Awards, Ain’t Too Proud tells the thrilling story of brotherhood, family, loyalty, and betrayal, as the group’s personal and political conflicts threatened to tear them apart during a decade of civil unrest in America. The unforgettable story of this legendary quintet is set to the beat of the group’s treasured hits, including “My Girl,” “Just My Imagination,” “Get Ready,” “Papa Was a Rolling Stone” and so many more. Written by three-time Obie Award winner Dominique Morisseau, directed by two-time Tony Award winner Des McAnuff (Jersey Boys) and featuring the Tony-winning choreography of Sergio Trujillo (Jersey Boys, On Your Feet!), Ain’t Too Proud launches their first national tour to over 50 cities across America.

Hamilton is the story of America then, told by America now. Featuring a score that blends hip-hop, jazz, R&B, and Broadway, Hamilton has taken the story of American founding father Alexander Hamilton and created a revolutionary moment in theatre—a musical that has had a profound impact on culture, politics, and education. With book, music, and lyrics by Lin-Manuel Miranda, direction by Thomas Kail, choreography by Andy Blankenbuehler, and musical supervision and orchestrations by Alex Lacamoire, Hamilton is based on Ron Chernow’s acclaimed biography. It has won Tony, Grammy, and Olivier Awards, the Pulitzer Prize for Drama, and an unprecedented special citation from the Kennedy Center Honors. The Hamilton creative team previously collaborated on the 2008 Tony Award-winning Best Musical In the Heights.