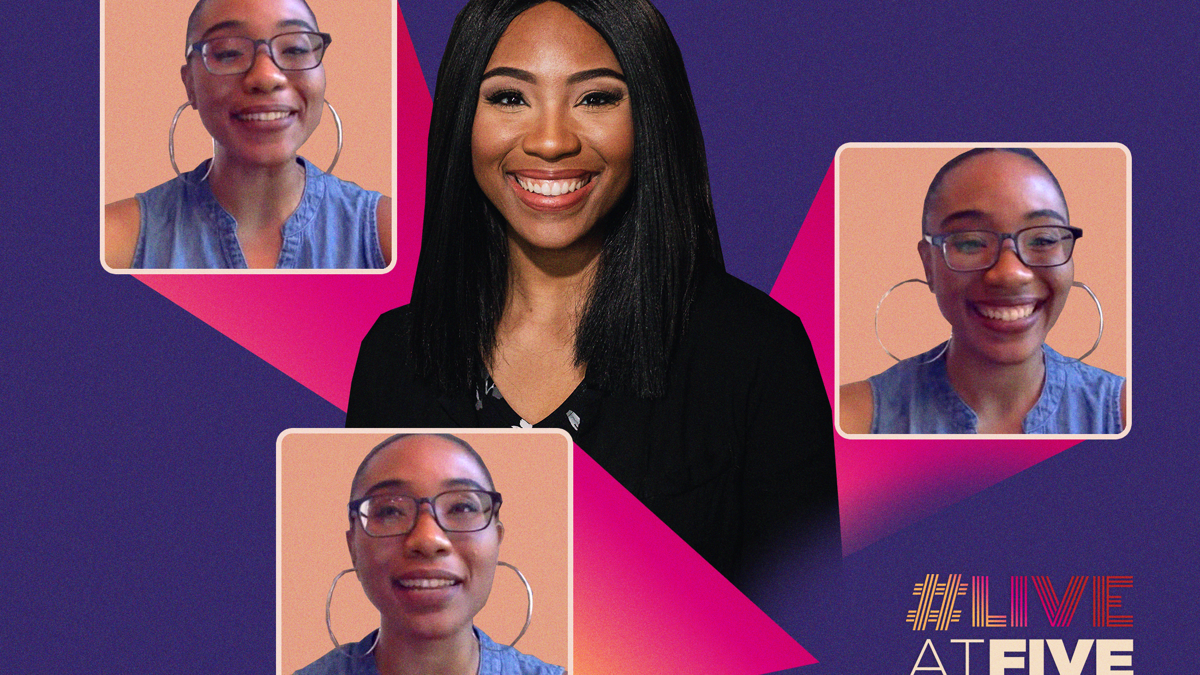 Adrianna Hicks Says Her Six Audition Was Like ‘Performing for Rihanna”

Adrianna Hicks has been playing Catherine of Aragon in Six, the pop musical about the six wives of Henry VIII, since it made its across the pond from the U.K. Making its North American premiere at the Chicago Shakespeare Theater in May 2019, Hicks continued in the role for the productions at American Repertory Theater, Edmonton’s Citadel Theatre and the Ordway Center for the Performing Arts in St. Paul, Minnesota before landing at Broadway’s Brooks Atkinson Theatre. The musical was set to open on Broadway on March 12, but that was the same evening Broadway shut down. Hicks, who is now quarantining with family in Atlanta, checked in with Broadway.com’s Paul Wontorek on #LiveatFive: Home Edition and talked about how the audition process made her feel like a pop star, and what it was like to be a part of the Broadway revival of The Color Purple.

“This entire journey with Six has been really beautiful thus far,” Hicks said. “I remember going into the audition and they had us learn various routines and they said, ‘We’re gonna learn one more routine from Beyoncés “Freakum Dress.”‘ When I tell you, I flipped out. I have followed Bey from the beginning. From there, we ended up flying out to Chicago for another audition and it felt like we were performing for a concert for Rihanna. I got called back for Catherine of Aragon, [Anne of] Cleves and [Jane] Seymour, which was really cool to dip into all three of those queens. I lost it when I found out I got Catherine. Every experience and reaction with Six has been crazy.”

Six is an 85-minute no-intermission musical that doesn’t stop from the moment the curtain goes up to the finale. “It’s like an explosion from start to finish,” Hicks said. “It’s really surreal. The audiences go crazy, and there’s a huge fanbase. Every time that curtain opens and you hear the energy of the audience, it’s wild. I’ll never forget our very first preview that we had in Chicago—it was our very first time putting it on in front of a large audience, and it was electric. Nerves were not even a thing. I was ecstatic, feeling all the feelings. You’re in for an experience every single night; it’s hard work. We really give our all on stage and are excited to tell the story and captivate audiences.”

Prior to putting on a crown as Catherine of Aragon, Hicks was traveling the country as Celie in the national tour of The Color Purple, a role she covered for the 2015 Broadway revival. “I was a swing, and it was an honor to be able to cover seven of the nine girls,” Hicks said. “The only parts that I didn’t cover were Sofia and Shug Avery. Just to be amongst greatness, I’m still gushing over it. I got to rehearse with Heather Headley, and it took everything in me to be like, ‘Nala!’ [Headley originated the role in Broadway’s The Lion King.] They were all like my own personal Dreamgirls.”

Watch Hicks talk more about her favorite costumes and more in the full episode below!